What can we learn from the VW scandal?

‘In the long term, a company can only be successful if it acts with integrity, complies with statutory provisions worldwide and stands by its voluntary undertakings and ethical principles even when this is the harder choice’ - VW’s 2014 Sustainability Report.

The debate over diesel came to a head last week with the widely reported Volkswagen Audi Group (VAG) emissions scandal.  It’s been called a ‘catastrophe for the whole of German industry’ and the ‘death of diesel’, but are there lessons to be learned from it?

The incident relates to the EA189 1.2, 1.6 and 2.0 litre TDI engines, fitted in a range of VWs, Audits, Seats and Skodas, which came with a piece of software designed specifically to know when it was being tested and reduce its emissions accordingly.

The incident could have massive impact on VAG.  The EPA alone could fine it $18 billion, and it is yet to be seen what influence the scandal will have on brand image and consumer trust.  But what impact could this have on the industry more broadly?  We think there are 5 key messages to take away from the scandal.

Diesel fumes are known to be harmful to human health, causing damage to the lungs, heart and brain.  With the focus of government environmental policy on reducing carbon emissions, the issue of nitrogen oxides (NOx) and particulate matter has been swept under the carpet.  Recently, pressure groups have pushed for a phasing out of diesel, and emission limits have been set gradually tighter.

The motor industry has been stoic in its response, maintaining that improvements in technology have reduced NOx emissions to the extent that diesel is now little worse than petrol.  But with the world’s largest carmaker having to fudge the results in order to pass emissions tests, it begs the question whether the billions of pounds of investment in research, development and innovation have really made a difference, or whether we should all just leave diesel well alone. 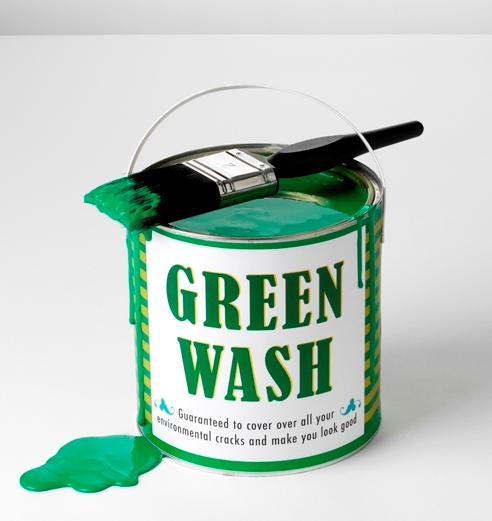 Must it make us look more cynically at the shiny green coating on many well-loved brands?[/caption]

The Volkswagen brand is one known for reliability, and one highly trusted by consumers.  It’s known for its research and development, and it boasts proudly of the sustainability credentials of its operations and vehicles.  An irony that has not been missed by the press is VAG’s recent Dow Jones Sustainability Index award.

It’s also a core partner in the Clean Diesel campaign, a movement to persuade US consumers that diesel is no longer dirty.  ‘Now we have Clean Diesel that meets the highest standards in all 50 states’, the website claims (1), ‘”Thanks,” in advance, from the environment.’

VW’s 2014 Sustainability Report (2) also seems to have the right sentiment at heart: ‘In the long term, a company can only be successful if it acts with integrity, complies with statutory provisions worldwide and stands by its voluntary undertakings and ethical principles even when this is the harder choice.’

But all this has proved to be at best lip service, and at worst a lie.  Does this prompt a deeper question about the value of Corporate Social Responsibility and Sustainability Reporting, and must it make us look more cynically at the shiny green coating on many well-loved brands?

While there is no doubt that VAG’s behaviour was wrong, it is worth taking a moment to remember that as a profit-making organisation it delivers what the consumer wants.  When it comes to vehicle-emitted pollution the problem is not lack of availability of clean technology, but the make-up of manufacturers’ fleets, and that is driven by demand.  50% of UK car buyers choose diesel.  And to reduce emissions from diesel engines the power is generally diminished, which is a problem for the consumer.

But while heavier, more powerful ‘luxury’ cars and SUVs are more polluting, they are also often unnecessary, particularly in cities.  If we as consumers bought cars that actually matched our driving needs it would have a knock-on effect on the composition of fleets, potentially reducing the number of cars that have to cheat the system in order to be sold.  So really, we all have a part to play.

This scandal has made one thing abundantly clear: even a company that depends on a trusted brand image for sales is willing to lie for a profit.  And that leads to an obvious question: surely cars should be subject to more rigorous regulation?  Recent independent testing of diesel vehicles showed that of 500 vehicles, only 8 met their stated emission figures (3).  And this is certainly not just due to breaking the rules.  In Europe, carmakers can remove wing mirrors and even tape up doors to reduce drag, and the sedate ‘driving’ simulated in the 20 minute self-conducted tests would be ‘unrecognisable to most drivers’ (4).  And unlike in the US, European regulators do not stage their own tests to verify manufacturer’s findings.

The UK Department for Transport has announced that it will start re-testing hundreds of models from different manufacturers to make sure that the scandal is not industry-wide, but could this lead to an improvement in testing overall and tighter control by regulating authorities? 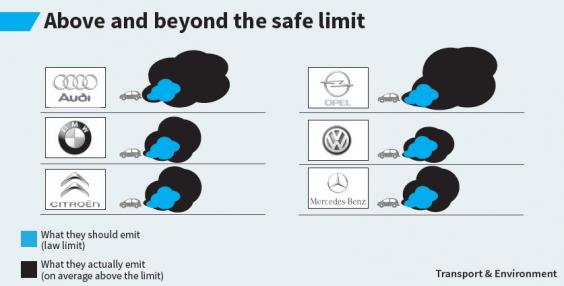 The scandal is undoubtedly bad news for VAG, and if it is revealed that other carmakers have also manipulated test results it could be bad news for the industry as a whole, but is it bad news for diesel?

With the clean air debate gathering pace around the world, it may be that this is a tipping point for vehicle fuels.  Whether or not other manufacturers are shown to have cheated the system, if diesel cars cannot meet emissions standards under more rigorous testing this may be the beginning of the end, readying the road for wider take-up of improved petrol, hybrid, electric, and other alternative-fuel powered cars.